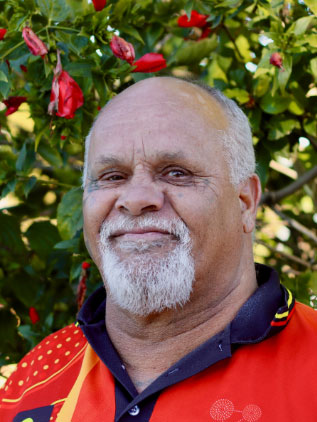 Kevin is a Noongar man born in Katanning to father Ronald Ward and mother Phyllis Ward (nee Farmer). Kevin lives in Perth and has worked with the Aboriginal community all
his life.

After his mother’s passing, Kevin was sent to live with his aunty at the young age of six years old. It was then that he learnt to grow up fast and start learning the tough lessons in life. Kevin knows first-hand of the effects that separation can bring to you by being removed from your parents. Because of this broken attachment to his parents, Kevin found it hard to find his place of belonging. This started his life of destruction which spanned somewhat over the next thirty years, often with regular bouts of incarceration.

Kevin is now the proud father of eight children and many grandchildren. He now devotes his time to help young men who are starting to travel down the same road he travelled and is instrumental to Kinship Connections Youth group.